'Cosmic Empire': The Story Behind The George Harrison Song 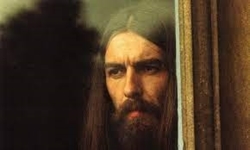 At the close of the 1960s, a decade that witnessed a generation explore the expansion of one’s consciousness through the opened doors of perception and a subsequent rise in religious awareness, George Harrison was in the midst of his own personal awakenings.

Life in The Beatles had lost its luster during the making of The White Album in 1968, as his songwriting contributions continued to be unjustly stifled by the group’s dominant Lennon/McCartney partnership, who still viewed him more as a guitarist and secondary vocalist than an author of merit. “As a singer, we allowed him only one track on each album,” John Lennon later admitted. “The songs he and Ringo sang at first were the songs that used to be part of my repertoire in the dance halls. I used to pick songs for them from my repertoire… the easier ones to sing.”