George Harrison Said It Would Be Very Selfish if The Beatles Didn't Record Together Again ... 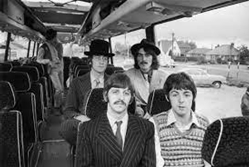 George Harrison had some surprising thoughts after The Beatles split in 1970. Out of the group, George was the least suited for fame. By 1969, George was getting frustrated with John Lennon and Paul McCartney for putting him on the back burner. He was sick of being a glorified session man and briefly quit during the Let It Be Sessions.

So, when The Beatles split, George should’ve been the most relieved. However, he wasn’t, not entirely. George hoped for a day when The Beatles made music together again. He assumed that he and his bandmates only needed some time apart to get recording solo out of their systems.