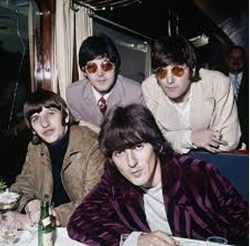 No innovator gets far without a little help from their friends. It’s well known The Beatles took influence from musical giants who came before them. At the same time, they took influence from contemporaries like the Moody Blues. Here’s how the Moody Blues’ Mike Pinder led John Lennon down the path to create “Strawberry Fields Forever.”It all starts with an instrument called the Mellotron. Firstly, according to the book Electronic and Experimental Music, Harry Chamberlain invented the Mellotron in 1947. The instrument sounds otherworldly to many fans. Subsequently, Mellotrons gained popularity after Streetly Electronics began manufacturing them. Mike Pinder, a member of the Moody Blues, was also a salesman for Streetly Electronics. Predictably, his band started using the Mellotron in their music. In fact, the instrument became central to their album Days of Future Passed.