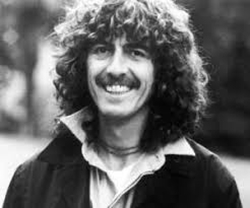 The Beatles released an incredible amount of music in the 10 years they were together, but there were songs written by John, Paul, and George during that time that never got recorded by the band. Producer Frankie Siragusa, who owns TheLAB STUDIO in Los Angeles and plays in The Posies, has taken these songs and recorded them, imagining them as if The Beatles had recorded them back then, for an album called Goodbye My Love - Lost Songs of The Beatles Covered and Rediscovered which will be out November 20 via Reimagine Music.

Helping Siragusa realize his vision for this album were Ken Stringfellow (The Posies, R.E.M., Big Star), Roger Joseph Manning, Jr. (Jellyfish, Beck), and Keith Slettedahl (The 88, Ray Davies Band). Arrangements were kept to how they would've been in the era that the songs were written and, with Executive Producer Jim Sampas, Frankie recorded the songs using similar equipment that The Beatles would have used at the time. "Great art is malleable, and these new interpretations are reaffirming and multi-faceted," says Sampas. "They allow us to experience the genius of The Beatles’ seminal work from a fresh perspective, and this youthful approach. These are Beatles songs that most people have never heard. The approach that Frankie Siragusa has taken, keeping true to The Beatles’ esthetic and assembling the perfect vocalists for this project, will make this a significant discovery."