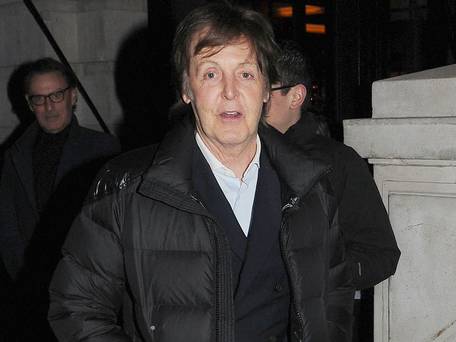 The Beatles legend, and well-known vegetarian, had finished filming British music show Later… with Jools Holland Monday when he stopped into the Fortify Café in Maidstone,Kent.

According to UK newspaper The Sun, the singer treated the entire TV crew to a meat-free lunch, purchasing 12 sandwiches, roasted peppers, hummus, falafel, frittatas and several sweets. Chef Sian Sheridan told the outlet he was shocked to have a celebrity guest. “I made sure everything was perfect. I couldn’t believe I was making Paul McCartney’s lunch,” he gushed. According to the paper, the bill tallied approximately £120, a drop in the bucket for the musician, worth approximately £680 million, according to the Sunday Times.