Pete Best Called Out The Beatles Over 'Magical Mystery Tour': 'My Taste Was Waning' 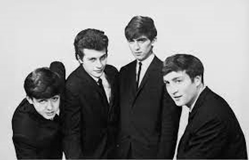 The Beatles as we know them materialized when Ringo Starr replaced Pete Best on drums. John Lennon once said the band could have continued with just him and Paul McCartney, but it’s hard to imagine them having the same success without Ringo or George Harrison. Their first drummer continued making music after Ringo took his place, but Best called out The Beatles over Magical Mystery Tour, which made him lose interest in his former band.The Fab Four created one of the most enduring albums of the 20th century with 1967’s Sgt. Pepper’s Lonely Hearts Club Band. Later that year, they returned with Magical Mystery Tour, a film that spawned the record of the same name. It was released as a double EP in England and as an album in the United States after the record company added songs to the track listing.