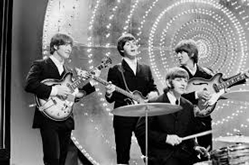 The Beatles are the most iconic band of the 20th century. They managed to have their cake and eat it too in a way that few artists have – they managed to be enormously popular with the public and highly respected by critics. They produced some of the most popular songs of all time, but which are their most popular? Here are the Beatles‘ biggest hits on the Billboard Hot 100.

The title track from the Fab Four’s final album is also the band’s final stadium anthem. Like “Hey Jude” before it, “Let It Be” proved that the Beatles could create a giant, grandiose sing-a-long using only a piano and Paul McCartney’s voice. Like many of the band’s greatest works, this song delivers a message of hope in times of hardship with the utmost sincerity.