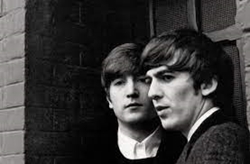 Previously unseen portraits taken by Paul McCartney at the outset of The Beatles’ fame will be displayed for the first time later this year.

The collection of 275 photographs will be shown to the public at the newly refurbished National Portrait Gallery (NPG) in London from June 28 to October 1. ‘Paul McCartney Photographs 1963-64: Eyes of the Storm’ comprises 35mm shots taken in London, Paris, Liverpool, Washington and New York between December 1963 and February 1964, as Beatlemania took hold worldwide.

McCartney previously thought he had lost the collection, but recently rediscovered it, leading him to approach the NPG in 2020. “He said he’d found these photographs that he remembers taking but thought had been lost,” said the gallery’s director, Nicholas Cullinan. “We sat down with him and began going through them. [It was] extraordinary to see these images – which are unseen – of such a well-documented, famous and important cultural moment.”