40 YEARS AGO: JOHN LENNON AND PAUL MCCARTNEY REUNITE FOR ONLY POST-BEATLES SESSION 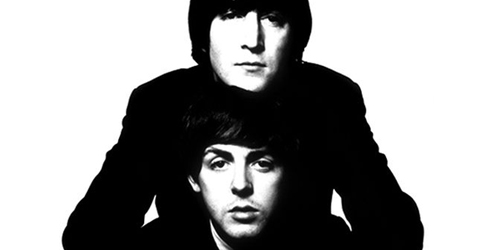 The Beatles had partial studio reunions on official releases into the ’80s, but never with more than three members present — and never with Paul McCartney and John Lennon on the same session. That, as much as anything, seemed to be keeping the group apart. But the two former bandmates did, in fact, collaborate during one coke-fueled, slapdash night on March 28, 1974 at the Burbank Studios in Los Angeles. It was more than enough to fuel years of comeback rumors.

Lennon was producing his drinking buddy Harry Nilsson‘s forthcoming release ‘Pussy Cats’ when Paul and his wife Linda McCartney unexpectedly stopped by. The two men had started off tentatively, with a handshake and an inside joke: “Valiant Paul McCartney, I presume?” Lennon said, referencing an early Beatles Christmas special. McCartney immediately responded: “Sir Jasper Lennon, I presume?” The first music made by Lennon and McCartney since the sessions for 1969′s ‘Abbey Road’ – and alas, the last – would commence from there, almost on a lark.