One of the biggest magical mysteries of the 1960s for me — as someone who experienced the era not in the moment, but as history — is how much music the marquee acts of the decade made, and the rate at which they made it.

In 1965, for instance, the Beatles released not only the underrated Help!, but also the masterpiece Rubber Soul. That same year, Bob Dylan blew minds by going electric twice with Bringing It All Back Home and Highway 61 Revisited.

Not to be outdone, the Rolling Stones put out three LPs in ’65. Creedence Clearwater Revival matched that number in 1969, and let loose with two more in 1970.

In the modern era, technology has made it much easier to make music and reach fans directly. Your laptop is your home studio, the internet a distribution network. Yet artists rarely release music with anything close to the frequency of those brash baby boomers when pop was coming of age.

Major stars now go years between projects. In the last eight years — more than the entire length of the Beatles' recording career — Rihanna has released only one album, 2016′s Anti, without diminishing her star power one bit.

When John Lennon and his first wife Cynthia finalized their divorce in 1968, their son Julian had only recently turned five. In photos from that year’s Rock and Roll Circus, you see the young Julian sitting on his father’s lap and taking in an eventful episode of late-’60s London.

After John and Yoko Ono moved to New York in 1971, contact between Julian and his father became much more difficult. Speaking with Spin in ’75, John spoke about how they were getting on, and a recent trip they had made to Disney World.

“What we do is irrelevant,” John told Spin. “It doesn’t really matter. As long as he’s around. Cause I don’t see him that often.” John also pointed to how bright — and how into music — Julian was. “He likes Queen, though I haven’t heard them yet,” he said. “[Julian] turns me on to music.”

When the two Lennons were together, they also did some jamming. If you got a copy of Walls and Bridges (1974), you heard Julian playing drums on the final track. While that informal recording sounds like fun, John had to release another version of the same track on Rock ‘n’ Roll (1975).

Sir Paul McCartney on his lockdown album: 'I was just messing around' - Friday, October 23, 2020

Sir Paul McCartney is set to release a new solo album that was recorded spontaneously in nine weeks during the Covid-19 lockdown.

"I was just messing around, never suspecting for one second that this was going to be an album," the star told BBC 6 Music's Matt Everitt.

He added that some of the songs had "echoes of the pandemic".

One such track features the lyric: "When the cold days come, we'll wish that we had seized the day."

"That was me reminding myself, and anyone listening, that you've got to grab the good stuff and get on through the pandemic," he said.

Sean Ono Lennon’s first experience reworking his father’s catalog was terrifying and intimidating, but he had two main goals in mind to keep him on track: preserve his father’s message in the songs and help the late icon’s music reach a younger audience.

On Oct. 9, which would have been John Lennon’s 80th birthday, “GIMME SOME TRUTH. THE ULTIMATE MIXES” was released and includes 36 tracks hand-picked by Yoko Ono and Sean Ono Lennon, who serve as executive producer and producer on the project. The duo worked closely with engineer and mixer Paul Hicks to maintain the essence of the songs, which were completely remixed.

Ono Lennon, 44, came out stronger at the end of the at-times heavy process.

“I knew that it was going to be kind of introspective for me, obviously. I was scared going into it, to be honest. I had a fear of messing everything up or not being helpful or it being too emotionally difficult to just listen to my dad’s voice over and over again,” Ono Lennon said. “Especially ‘Double Fantasy,’ it triggers a whole period of my childhood that was tough because that’s when he died. I had a lot of resistance working on details

McCartney III will be the final album in a trilogy of LPs where Sir Paul plays all the parts on each song and produces the album. It follows 'McCartney' made 50 years ago in 1970 shortly after the Beatles split and McCartney II made in 1980.

Sir Paul, who described his lockdown as a “rockdown” in his Sussex studio, said: “I was living lockdown life on my farm with my family and I would go to my studio every day. I had to do a little bit of work on some film music and that turned into the opening track and then when it was done I thought what will I do next?

“I had some stuff I’d worked on over the years but sometimes time would run out and it would be left half-finished so I started thinking about what I had.

“Each day I’d start recording with the instrument I wrote the song on and then gradually layer it all up, it was a lot of fun. It was about making music for yourself rather than making music that has to do a job. So, I just did stuff I fancied doing. I had no idea this would end up as an album.”

While 1970 marked the end of The Beatles, it also marked the beginning of four solo careers of the band’s former members. And George Harrison was the first of the bunch to notch a Billboard no. 1 single with “My Sweet Lord,” which peaked on the charts in December ’70.

All Things Must Pass, Harrison’s debut No. 1 album, sold better than the first LPs by John Lennon, Paul McCartney, and Ringo Starr. After so many years of getting limited space on Beatles records, Harrison was thriving as an artist outside of his old band’s confines.

After devoting so much time and energy to the Concert for Bangladesh in ’71, Harrison returned with Living in the Material World (1973). Once again, Harrison found a receptive audience for the album and its lead single, “Give Me Love (Give Me Peace on Earth).”

Harrison didn’t appear to be done there. That summer, he teed up “Don’t Let Me Wait Too Long” as the second single from the record. However, for reasons never clearly explained, Harrison never released it.

No wonder Joey Molland's just-released "Be True to Yourself" sounds like the most Beatlicious album of the year.

"I wasn't expecting to make a record," said singer-guitarist Molland, a true Liverpudlian rock star who has lived in the Twin Cities for more than 35 years. "I am getting old. I'm 73. I can make records in basements, but a full-blown record with a full-blown crew with Mark Hudson producing is something I wasn't really expecting."

On Molland's sixth solo album and first in seven years, there are echoes of John, Paul, George and sometimes even Ringo.

"I had all the same influences: Irving Berlin and Cole Porter all the way to the early rock 'n' roll and the advent of R&B. Chuck Berry, Elvis, Little Richard, Buddy Holly, Bill Haley & and the Comets," Molland said last week. "I learned to play all that stuff in Liverpool. And I had the Beatles on top of it." 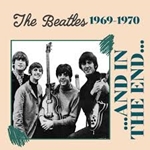 The Johnson-Humrickhouse Museum welcomes back local Beatles aficionado, Gary Baker, as he takes us on The Beatles' final journey from the rooftop concert in January 1969, to the release of "Let It Be", and the “official” breakup of the band in the spring of 1970. Join us on Facebook Live at 6 p.m. Nov. 5, to enjoy rare audio and video footage, LPs, 45s, posters, and advertisements as Gary shares the fascinating stories behind the most popular band in history.

Baker is well-known around the Coshocton area as a lover of all things Beatles. He has made multiple trips to both Liverpool and London to explore Beatles’ haunts such as the famous Cavern Club, Penny Lane, Strawberry Fields, and Abbey Road. For the past two years, he has been a special guest on WTNS-FM with host Mike Bechtol for shows on both the 50th Anniversary of Sgt. Pepper’s Lonely Hearts Club Band and The White Album.

This special night is for everyone: the diehard Beatles fan, students of 1960s counterculture, and young listeners just discovering the music of the most influential band in history.

The Beatles Were Banned From a Country For Rejecting An Invitation - Wednesday, October 21, 2020

The Beatles were an English rock band that is responsible for some of the world’s most iconic songs. Tunes like “Hey Jude,” “Let it Be,” “Eleanor Rigby” and “Love Me Do” continue to inspire and delight fans to this day, over fifty years after they were originally released.

Although the Beatles disbanded in 1970, with all the members going on to establish separate careers in the music industry, fans still know and love John Lennon, Paul McCartney, Ringo Starr, and George Harrison as members of the Beatles. While people everywhere love the band and what they stand for, the Beatles did make some enemies in their time — most notably, the first lady of the Philippines, who made a shocking move to ban them from the country in 1966, after they refused an exclusive invitation from her office.

Paul McCartney has hinted that he is gearing up to release ‘McCartney III’, completing a trilogy of self-titled albums that he started recording before The Beatles split up.

The music icon released ‘McCartney’ in 1970 before following it a decade later with 1980’s ‘McCartney II’. Both albums were recorded at home and featured additional vocals from his late wife Linda.

McCartney fans have started to receive hints that a third release is on the way after a series of surprise animations began to appear on Spotify.

When users play songs from ‘McCartney’ and ‘McCartney II’ on the Spotify mobile app, they are greeted with an animation of a dice thrown onto the images of the album covers, with three dots facing upwards.

Over on Reddit, McCartney’s fans also claim to have received a bag printed with his name and containing three dice.