Linda eventually died on April 17, 1998 at the McCartney family ranch in Tucson, Arizona. She was surrounded by McCartney and their four children, Mary, Stella, James and Heather.

Shortly thereafter, Linda was cremated and taken back to England. McCartney spread her ashes on the McCartney family farm in Sussex.

A grief-stricken McCartney released a statement where he revealed his final words to his wife. He told Linda on her deathbed: "You’re up on your beautiful Appaloosa stallion. It’s a fine spring day. We’re riding through the woods. The bluebells are all out, and the sky is a clear blue." He added: "I had barely got to the end of the sentence when she closed her eyes and gently slipped away." McCartney continued: "Our family is so close that her passing has left a huge hole in our lives. We will never get over it, but I think we will come to accept it, total heartbreak."

George Harrison, who died 21 years ago from cancer, was a huge supporter of the comedy industry. The Beatles star co-founded HandMade Films which produced classics like Monty Python’s Life of Brian and Withnail and I. It’s hardly surprising then, that he struck up a close friendship with comedians like Sir Billy Connolly. The 80-year-old Scot has some amusing and at times revelatory private conversations with the music legend back in the day.Speaking previously with The Adam Buxton Podcast, Billy said he never had a chance to meet John Lennon, but admitted: “I’m friendly with all the other Beatles. I like George Harrison. He’s not my favourite, none of them is my favourite. I treasure my friendship with them. George was a lovely man. I spent a lot of time with him. A lot more than the other ones. I remember we went for Chinese food in the East End of London and a waiter came out and served us.”

details
After The Beatles, George Harrison Said His Music Came Across Better Because He Didn't ... - Friday, November 25, 2022

After The Beatles split in 1970, George Harrison became less conscious of what people thought of his music. He had more confidence in his songs, and consequently, they came across better for him.

In the early days of The Beatles, John Lennon and Paul McCartney appointed themselves the chief songwriters. Neither George nor Ringo Starr ever showed interest. However, that changed.

In 1992, George told Guitar World that he didn’t initially think about writing songs. “To get it straight, if I hadn’t been with John and Paul I probably wouldn’t have thought about writing a song, at least not until much later,” George explained. “They were writing all these songs, many of which I thought were great. Some were just average, but, obviously, a high percentage were quality material. I thought to myself, ‘If they can do it, I’m going to have a go.'”

details
John Lennon Reveals the Beatles Song He 'Should Have Written' - Wednesday, November 23, 2022

John Lennon and Paul McCartney wrote a majority of The Beatles’ songs. The two admired each other’s songwriting talents, and they could be envious of one another when one wrote a great track. Lennon revealed one song McCartney wrote that he believes he “should have written.”

The Lennon-McCartney songwriting duo is credited with many of The Beatles’ greatest hits. The two artists collaborated on many iconic songs, including “Can’t Buy Me Love,” “Eight Days a Week,” “I Want to Hold Your Hand,” “Paperback Writer,” and “Yellow Submarine.” However, the credit could often be misleading as it makes it seem that both contributed equally to the song.

For many songs, Lennon would write the majority of the lyrics and melody, and vice versa for others. Songs like “Yesterday” or “In My Life” featured little contribution from either Lennon or McCartney, despite them being credited as writers. This often led to Lennon and McCartney having to clear up who deserved more credit. 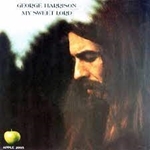 Taken from George Harrison’s towering All Things Must Pass album, this beautiful song has the distinction of being the first No.1 single in the UK and America by a former Beatle, as well as being the UK’s biggest selling single of 1971. George wrote the song, but did you know that he was not the first to record “My Sweet Lord”? George gave the song to Billy Preston to include on his September 1970 album, Encouraging Words.Billy’s album included many of the musicians that were bound up in George’s musical world during this period, appearing on All Things Must Pass, including Eric Clapton, Bobby Whitlock, Carl Radle, and Jim Gordon who soon after formed Derek and the Dominos. Bobby Keys and Jim Price play horns, and on Billy’s version of “My Sweet Lord” it’s the distinctive sounds of the Edwin Hawkins singers that provide the backing vocals.

details
The Beatles' 'Magical Mystery Tour' Outraged the Adults But Turned on the Kids - Wednesday, November 23, 2022

Writing for The Observer newspaper in 1983, the British poet Philip Larkin declared that “when you get to the top, there is nowhere go but down”. Not a confession but rather his take on the Beatles. To Larkin’s mind, they were isolated from their peers, stranded for all eternity at the summit, there to operate in “the rarified atmosphere of hagiolatry” that their talents and the rush of “some unsuspected socio-emotional pressure” had transported them to.

Larkin was looking back over a single fractious decade, one which culminated tragically in murder, but he was on the money. Some 40 years after decades of revision and a succession of legacy projects, the Beatles’ cultural standing is set in amber. Like them or not – there are many who don’t, and many who pretend they don’t – they remain, in the poet’s words, “unreachable, frozen, fabulous”.

Rock fans are familiar with lineup changes since tensions between band members or creative differences often instigate disputes which result in one side leaving. Numerous bands have changed their lineup throughout the years — some have even changed their frontman. For instance, David Coverdale replaced Ian Gillan in Deep Purple, and Iron Maiden rose to fame when they recruited Bruce Dickinson after Paul Day and Paul Di’Anno’s tenures.

We all know the Beatles as the quartet featuring John Lennon, Paul McCartney, George Harrison, and Ringo Starr. However, before they rose to worldwide fame with Ringo Starr, they worked with Pete Best as their drummer. Known as the fifth Beatle, Best joined the Beatles in 1960 after the band’s invitation. However, Starr replaced him only two years later, as he was dismissed by Brian Epstein, and not the band. As it turns out, John Lennon described this as a cowardly move in later years.

Paul McCartney and John Lennon grew up in Liverpool but had different upbringings. McCartney came from a large family, while Lennon came from a small, broken home. The two became fast friends despite their differences and later formed The Beatles. McCartney said his friendship with Lennon taught him an important lesson about one’s upbringing.

McCartney grew up in a large, working-class family in Liverpool, England. He was raised by a family of 5 but had many aunts, uncles, and cousins, who were pivotal parts of his childhood. In an interview on the Smartless podcast, McCartney shared the fond memories he has of his family and said they are a crucial aspect of who he is now.

“I was very lucky with my family,” McCartney explained. “Uncles and aunties, cousins, and all of that. There were like millions of them. My dad had seven in his family. My mom had two brothers. The minute they all start reproducing and produced a big, big family. It was great. They were so wonderful and wise and funny and optimistic. I really don’t remember anything bad about it.”

Before we get started it's worth underlining that no, Yoko Ono didn't "break up The Beatles", and that she was an accomplished and acclaimed artist in her own right before she even met John Lennon.

With all that acknowledged, it's also fair to say that her improvised contribution to John duetting with his musical hero Chuck Berry took a few people by surprise, especially Chuck himself.

As one of the pioneers of rock 'n' roll, The Beatles were all massive Chuck fans, and covered around 15 of his songs during their early years.

They repeatedly picked Berry's hits when they popped up on the radio, and you can hear the Fab Four's versions of "Too Much Monkey Business', 'Carol', 'Johnny B. Goode', 'Memphis, Tennessee', 'Roll Over Beethoven', 'Sweet Little Sixteen', 'Rock and Roll Music' and 'I Got to Find My Baby' on the official Live at the BBC compilation.

Like the rest of The Beatles, Ringo Starr grew up in Liverpool, but left the city behind when his music career took off. Starr looks back on his hometown fondly, though he would not move back there. During an interview in 2008, Starr said there wasn’t much he missed about living in Liverpool. The offhand remark angered many of the city’s residents.

Starr was born in Liverpool, England, in 1940. According to his Beatles bandmate, Paul McCartney, all of the Beatles faced hardship in Liverpool, but Starr had it the worst.

“I don’t want to bring in the violins, but we all came from hardship,” McCartney told Rolling Stone in 2015. “All of us except for George [Harrison] lost someone. I lost my mum when I was 14. John [Lennon] lost his mum. But Ringo had it worst. His father was gone; he was so sick they told his mum he wasn’t going to live. Imagine making up your life from that, in that environment. No family, no school. He had to invent himself. We all had to come up with a shield, but Ringo came up with the strongest shield.”