5 lessons on teamwork as inspired by The Beatles 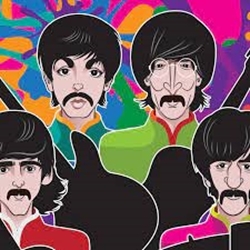 In the newly released documentary “The Beatles: Get Back,” famed director Peter Jackson highlights the band’s professional relationships, business approach and, most interestingly, their creative process during a recording session in January 1969. While The Beatles are globally regarded as one of the most successful and influential bands of all time, five business lessons can be learned from observing their creative and innovative process unfold during rehearsals — lessons that can be applied to all work settings, regardless of the discipline.

1. Collective compromise builds strong teams
While Paul and George were discussing how to finish a song, their views clashed, with neither musician willing to compromise. This ultimately led George to quit the project and the band. Several days and some discussions later, a compromise was reached, and George re-joined the band.