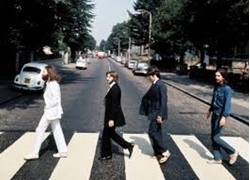 Fifty years ago this month, The Beatles came out with Abbey Road — the last album they ever recorded as a group, and, alongside Let It Be, the closing cap on their decade-long tenure as the biggest popular phenomenon in musical history.

Abbey Road has a singular feel compared to the rest of their albums: at once cohesively recognizable as its own project and easily traceable to their other work. It received mixed reviews upon its release, but its critical and public reputations have only grown in the 50 years since, thanks partly to expanding perspectives and partly to the increasing and almost mythical feeling of finality surrounding it. The Beatles quit while they were ahead about as surely as a band can, and they never attempted any comeback albums or tours or performances that might have diluted their closing curtain or tacked something else onto it — meaning, Abbey Road is it.