At The BBC, The Beatles Shocked An Institution 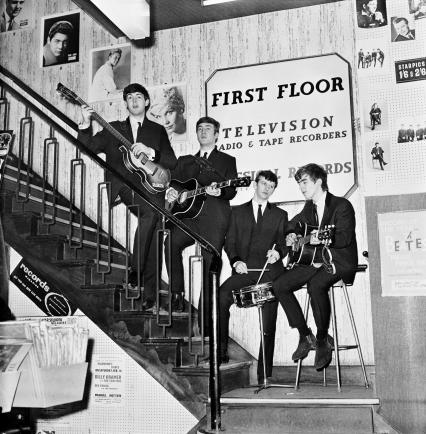 England got a lot more of The Beatles  than Americans did during the group's formative years. Between 1962 and 1965, The Beatles were featured on 53 BBC radio programs, including their own series, Pop Go the Beatles. They performed originals and covers and chatted with BBC hosts.

The Beatles: On Air-Live at the BBC Volume 2 has just been released. Kevin Howlett produced both that and the newly remastered reissue of the first volume, which was originally released in 1994. For reasons he explains to Fresh Air host Terry Gross , Howlett had to search for many of these recordings, and they weren't easy to find. Howlett has written a new companion book called The Beatles: The BBC Archives,which includes transcriptions of the band's BBC radio and TV interviews as well as fascinating internal memos about the Beatles and their music. My quest to restore the BBC archive [of the Beatles] goes way back to 1981 when I joined the national pop network in this country, BBC Radio 1, as a young rookie producer. I was 24 years old.