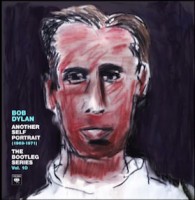 Bob Dylan’s 10th bootleg album will focus on the early session tapes that would become the ‘Self Portrait’ and ‘New Morning’ albums. It was at the time he was working closely with George Harrison who released the ‘All Things Must Pass’ album around the same time.

Harrison and Dylan co-wrote the opening track from ‘All Things Must Pass’ titled ‘I’d Have You Anytime’ and George covered Bob’s ‘If Not For You’ for the album. ‘The Bootleg Series Vol. 10’ will include 35 rarities and previous unreleased material from Dylan sessions from 1969-1971. The cover is new artwork created by Dylan for the release.