‘Dude, I’ll make time!’: Richard Marx is back for another song on Ringo Starr’s forthcoming album 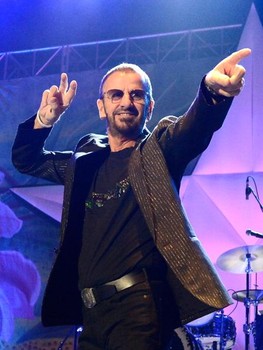 Richard Marx’s second songwriting intersection with Ringo Starr, following the 2010 track “Mystery of the Night,” has allowed him far more latitude in creating with the former Beatles star. Marx, who had a number of late 1980-era hits before turning his focus to songwriting, says Starr only needed some additional melody and lyric help with “Mystery of the Night” for Y Not. (Marx added some backing vocals, too.)

The same went for the initial song they worked on for an as-yet-untitled forthcoming Starr release that also features work from Toto’s Steve Lukather. This will be Starr’s first original project since Ringo 2012, another guest-packed album that included contributions from Dave Stewart, Joe Walsh, Benmont Tench, Charlie Haden, Richard Page, Edgar Winter, Van Dyke Parks and others. Now, Starr’s level of trust has grown to the point where, as Marx tells Matt Wardlaw of Cleveland Scene, Starr is letting Marx come up with his own ideas. Marx says Starr told him: “I love the song we wrote and it was so easy. Do you have time to write another one?” To which Marx, of course, replied: “‘Dude, I’ll make time!’ Then he said, ‘You know, why don’t we just do something from scratch — whatever you think would be good for me to sing.’ So he sort of gave me carte blanche to come up with some ideas for him.”

Source: Something Else Reviews