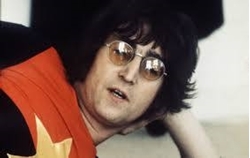 The hourlong special profiles a conversation that the late Beatles legend had with BBC radio DJ Andy Peebles on December 7, 1980, one day before Lennon was shot to death outside of his New York City apartment building. The film will premiere this December in conjunction with the 40th anniversary of Lennon’s passing.