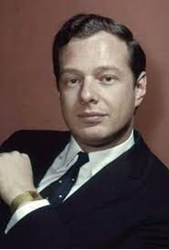 Production gets underway today, 11 October, on Midas Man, a biopic of iconic music manager Brian Epstein, known as ‘the fifth Beatle’. The 12-week shoot takes place in Liverpool, London and the US.

Jonas Åkerlund directs from a screenplay by Jonathan Wakeham, based on a screen story by Brigit Grant.