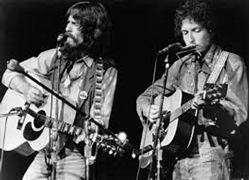 George Harrison was Bob Dylan’s close friend and bandmate, so he could provide insight into the relatively reclusive singer. Though Dylan is dedicated to his work as a songwriter and performer — his many albums and Nobel Prize are evidence of this — he also got tired of life on the road. Harrison explained that Dylan often tried to think of different career paths to get him out of touring.Dylan has been working as a musician since 1961, meaning that his career has stretched over 60 years. After moving to New York City and performing in Greenwich Village clubs, Dylan released his first album in 1962. He didn’t find major success until the release of his second album, The Freewheelin’ Bob Dylan, in 1963. With its release, he established himself as a prominent singer-songwriter.