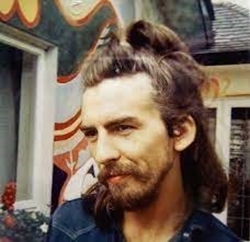 George Harrison could point to 1966 as the year that his understanding of the world changed, a shift for which he credits LSD. Though he did not intend to take the drug the first time, he said it fundamentally altered his perspective on things. While he appreciated the altered outlook, he said it also changed the way he thought of fame. After taking LSD, Harrison said that he realized he did not like being famous.

In 1965, Harrison and John Lennon had dinner at their dentist’s house. After the meal, they all had coffee. Once they’d finished, their dentist, John Riley, informed them that the sugar cubes were laced with LSD. When Riley told them, Lennon was angry, but Harrison wasn’t sure what it meant.

“The dentist said something to John, and John turned to me and said, ‘We’ve had LSD,'” Harrison said, per Vice. “I just thought, ‘Well, what’s that? So what? Let’s go!'”