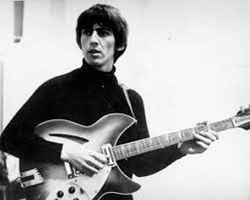 During a 2000 interview with Billboard, George discussed his hit “Isn’t It a Pity?” He said he never intended “Isn’t It a Pity?” to be one of his solo songs. George revealed the song would have been on a Beatles album if the Fab Four hadn’t disbanded.

Subsequently, George explained the meaning of “Isn’t It a Pity?” “It’s just an observation of how society and myself were or are,” George said. “We take each other for granted — and forget to give back. That was really all it was about.”