George Harrison's Son Dhani Is Close With the Other Beatle Children 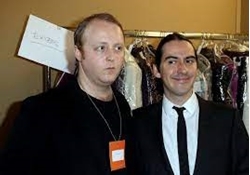 George Harrison‘s son Dhani Harrison might have been an only child, but he was never lonely. He hung out with his parents, who always treated him like an adult and his parent’s friends. Plus, Dhani had many cousins in his father’s friend’s children, including the children of George’s fellow Beatles John Lennon, Paul McCartney, and Ringo Starr. While there were only four people in the world who knew what it was like to be a Beatle, their children are also part of an exclusive club together.

What is it like to be a child of a Beatle? No one knows except Dhani and the rest of The Beatles’ spawn, and they’ve all bonded because of it. They’re all Beatles siblings.