Golf and the Beatles? The intersection is surprisingly rich. Ask Nick Faldo. 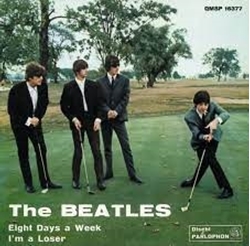 Sir Nick met Sir Paul only once, but it was memorable. It was at Royal Albert Hall. Yes, that one.

Now they know how many holes it takes to fill the Albert Hall.

Elton John made the introduction.

Nick Faldo was pleased to learn that the Beatle, an icon of our culture, knew who he was. “Paul McCartney,” Faldo said the other day. You could hear a hint of awe, as Faldo said the name. You know the accent, from his many years in many CBS towers. “So that was a nice bit.”

But it’s not surprising that McCartney would know Nick Faldo’s name, and the sporting life behind it. He reads the paper. He likely owns a telly. We’re not talking Dylan here.