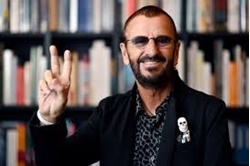 The Grammy Museum has announced a virtual Ringo Starr program in March featuring a virtual exhibit and interviews with the former Beatle.

On March 4th, the museum will release a 2010 interview with Starr from their Live From the Vault series, followed by a new interview with the museum’s founding executive director Bob Santelli on March 18th. Starr will discuss his upcoming EP Zoom In and his new book Ringo Rocks: 30 Years of the All Starrs 1989-2019.

The museum will also feature the 2013 exhibit Peace & Love virtually; it covers his early life in Liverpool, his launch to superstardom with the Beatles, and his years with the All Starr Band. The museum’s streaming service Collection: Live can be accessed here.