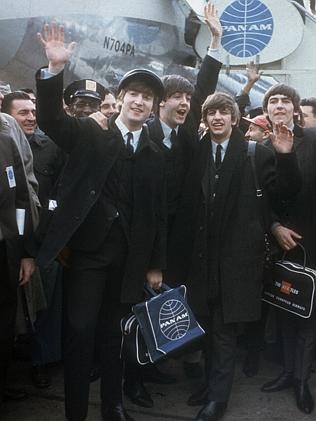 IT was 50 years ago next month that The Beatles arrived in Australia for their first and only tour. But how did the biggest band there ever was end up in our then far-flung corner of the globe at the very moment the whole world was embracing them?

According to the man who booked them, it was “luck” and “instinct”. In July 1963, The Beatles were a rising rock band with a handful of hits under their belts, but already showing glimpses of the generation-defining, genre-smashing phenomenon they would become. Driven by a pair of gifted songwriters in Paul McCartney and John Lennon, complemented by drummer Ringo Starr and the baby of the group, guitarist George Harrison, the Liverpool quartet was already a musical force to be reckoned with thanks to years honing their skills playing in German and English clubs. By contrast, Kenn Brodziak was an established Melbourne promoter with decades of experience mainly in the theatre world. Having begun his career as an actor, playwright and producer in the 1930s, by the late ‘50s he had branched out to the world of touring musicians, enticing acts such as legendary drummer Gene Krupka, Cliff Richard and the Shadows, Lonnie Donegan and the Dave Brubeck Quartet to make what was then a gruelling trip to distant Australia.