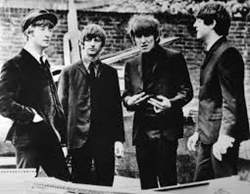 Bill and Ted Face the Musicimagines a world in which the duo played by Alex Winter and Keanu Reeves could create the song that unites the world. Indeed, such is the mission at hand, as the now-middle-aged men race against time. Ultimately though, the Wyld Stallyns need a little help from their friends, the Beatles.

At least that’s how it went behind the scenes.Nearly 30 years have passed since Bill and Ted’s Bogus Journey. And Bill (Winter) and Ted (Reeves) still haven’t fulfilled their destiny. With just 78 minutes to go until time-space folds in on itself, the two lifelong friends embark on a quest to take the fateful song from their future selves. Naturally, that plan doesn’t go nearly as smoothly as Bill and Ted hope.