How The Beatles Wiped The Slate Clean With The White Album 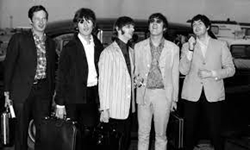 The album that we have all come to call “The White Album” is in reality called The Beatles, but virtually from the moment it was released, on November 22, 1968 (en route to topping the UK charts on December 7), it picked up its more popular moniker. Such was the impact of the album, the ninth studio outing by The Beatles, that there are some who have mistakenly cited it as the first double-album of the rock era. However, that honor belongs to Bob Dylan’s Blonde On Blonde, which was released two years earlier.

In fact, The Beatles was not even the first double-album by a band. A few months after Dylan’s opus, Frank Zappa And The Mothers Of Invention released their debut, the double-album Freak Out! And yet, 50 years after its release, The Beatles remains a groundbreaking record.