How to watch George Harrison: Living in the Material World – what's it about and who's in it? 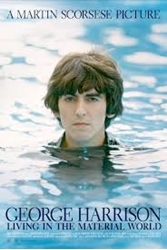 The 2011 documentary film discusses Harrison’s growing up in Liverpool, his role in the Beatles and his travels in India. New interviews, unseen footage and a fantastic soundtrack are all used to tell the musician’s story.