John Lennon after the Beatles - THIRTEEN 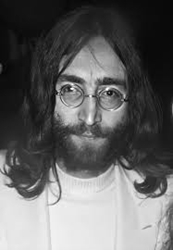 THIRTEEN pays tribute to singer-songwriter and Beatles member John Lennon with two films airing the week that he would have turned 80. Both films center on his post-Beatles career and life. American Masters: LENNONYC takes an intimate look at the time John Lennon, his wife Yoko Ono and their son, Sean, spent living in New York City during the 1970s. Classic Albums: John Lennon – Plastic Ono Band, airing Thursday, October 8 at 9 p.m., captures and reflects on the making of Lennon’s first post-Beatles album in 1970, widely regarded as one of his finest.

American Masters: LENNONYC is, essentially, a classic immigrant tale: Lennon and Ono left London in 1971 in search of freedom, both artistic and personal. Maintaining his residence in the U.S. was not easy, despite his fame. With unprecedented and exclusive cooperation from Yoko Ono, access to never-before-seen material from the Lennon archives and conversations with those closest to him – Ono, Elton John, the photographer Bob Gruen, fellow Beatles member Ringo Starr – American Masters tells John Lennon’s story as it has never been told before.