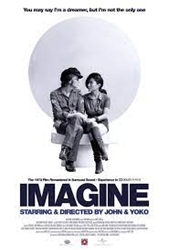 Yoko & Sean Ono Lennon, the Estate of John Lennon and Universal Music Group will host a Global Party to celebrate the 50th anniversary of John’s “Imagine” song, album and film on September 9. The event will honor one of the most famous and beloved songs and universal messages in music history.

“John and I were both artists and we were living together, so we inspired each other,” says Yoko. “The song ‘Imagine’ embodied what we believed together at the time. John and I met – he comes from the West and I come from the East – and still we are together. We have this oneness and ‘the whole world would eventually become one’ is the sense that we will all be very happy together. All these instructions are for people for how to spend eternity, because we have lots of time.”