John Lennon audio interviews surface on 'I'm Not the Beatles' 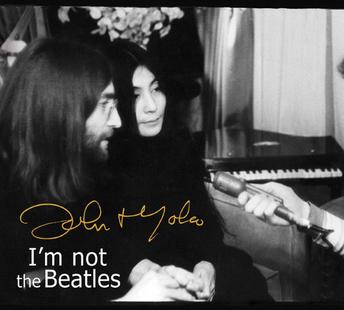 "I'm Not the Beatles: The John & Yoko Interviews" is now on CD, six radio interviews conducted with John Lennon and Yoko Ono from 1969-72. Beatles fans have had an embarrassment of riches competing for their entertainment dollars over the past few months thanks to the 50th anniversary of the Fab Four invading (and conquering) America in 1964

— special magazines (People), a TV concert (“The Night That Changed America”), books (“The Beatles Anthology”), DVDs (“A Hard Day’s Night” reissue) and CDs (“On Air — Live at the BBC, Volume 2”). Not to mention myriad online offerings. It’s hard to believe all of the cultural shifts the Beatles led from the mid-1960s through the end of the decade, a scant six years or so. And then the Beatles were no more. The breakup was announced in April 1970, around the time “Let it Be,” the last official Beatles album, was released. And it’s fair to say that in the ensuing 50 years, Beatlemaniacs (forgive me for using a term as worn out as “Trekkies”) have been oversaturated with all things John, Paul, George and Ringo — collectively and individually. Is there really anything else to add? Is there something we don’t know? Probably not. But that doesn’t keep “new” stuff from filling the shelves every other week.