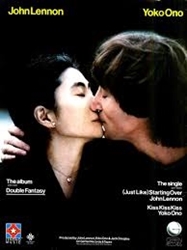 The final year of John Lennon’s life will be the subject of a new documentary timed to mark the 40th anniversary of the music legend’s death. John Lennon: The Final Year, from Reda Films, will include never-before-seen material and interviews with those who spent time with the slain Beatle during the last year of his life. Lennon died December 8, 1980, as a result of a fatal gunshot wound, while standing with his wife, Yoko Ono, in front of his apartment building on New York’s Upper West Side.

The film’s producer is noted Beatles author, Ken Womack of Wonderwall Communications. Womack’s forthcoming book, John Lennon 1980: The Final Days in the Life of Beatle John, will be published on Lennon’s birthday, Oct. 9. His most recent book was Solid State: The Story of Abbey Road and the End of the Beatles, published in 2019 in conjunction with the 50th anniversary of the release of Abbey Road.