John Lennon Praised Fleetwood Mac in Peter Jackson's 'The Beatles: Get Back' 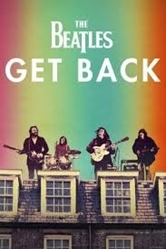 The Beatles may have been in their own little world for much of their time together, but they did know about other artists’ music. We saw that clear as day in Peter Jackson’s new three-part documentary, The Beatles: Get Back. While the group was supposed to be writing 14 original songs for their new album and a TV special, they often found themselves jamming out to songs penned by their idols, past and present. In other scenes, The Beatles even praised those idols.In Part 2 of Jackson’s documentary, John Lennon asked the rest of the group if they’d seen Fleetwood Mac on Late Night Live the night before. This was, of course, before Stevie Nicks and Lindsey Buckingham had joined the band. Then, Fleetwood Mac consisted of founder and frontman Peter Green, drummer Mick Fleetwood, bassist John McVie, guitarist Danny Kirwan, the occasional keyboardist Christine Perfect (later Christine McVie), and slide guitarist Jeremy Spencer.