John Lennon Reveals the Beatles Song He 'Should Have Written' 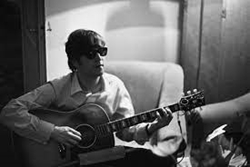 John Lennon and Paul McCartney wrote a majority of The Beatles’ songs. The two admired each other’s songwriting talents, and they could be envious of one another when one wrote a great track. Lennon revealed one song McCartney wrote that he believes he “should have written.”

The Lennon-McCartney songwriting duo is credited with many of The Beatles’ greatest hits. The two artists collaborated on many iconic songs, including “Can’t Buy Me Love,” “Eight Days a Week,” “I Want to Hold Your Hand,” “Paperback Writer,” and “Yellow Submarine.” However, the credit could often be misleading as it makes it seem that both contributed equally to the song.

For many songs, Lennon would write the majority of the lyrics and melody, and vice versa for others. Songs like “Yesterday” or “In My Life” featured little contribution from either Lennon or McCartney, despite them being credited as writers. This often led to Lennon and McCartney having to clear up who deserved more credit.