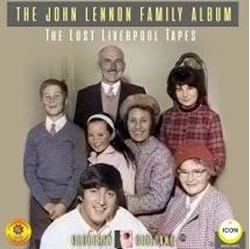 John Lennon’s 1970 album “John Lennon/Plastic Ono Band” was his first song-based album following the dissolution of the Beatles—he’d previously released three avant-garde albums with Yoko Ono —and 50 years on it remains his most highly regarded solo work. Freed from the commercial demands of recording with the most successful band in the world, Lennon drew inspiration from within: He and Ms. Ono had recently undergone a new kind of therapy introduced by psychologist Arthur Janov, based on his book “The Primal Scream.” The therapeutic process involved re-experiencing childhood trauma and Lennon had plenty to work through—he barely knew his father and was removed from his mother’s care at age 5; she died when he was still a teenager. Co-producer Phil Spector helped realize the heady mix of fear, anguish and catharsis found on songs like “Mother,” “Working Class Hero” and “God.” “Raw” is typically the first adjective deployed to describe “John Lennon/Plastic Ono Band” and it’s not just referring to the lyrical content: The LP’s dark and atmospheric presence gives it a special mood.