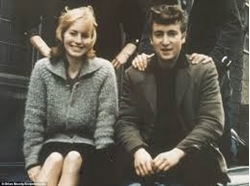 Cynthia Lennon has been deemed as the glue that held The Beatles together in some circles. In others, she's a mere footnote in the life of the legend. In all cases, her and Lennon's relationship has been complicated.

John Lennon's first wife Cynthia, is often overshadowed by his subsequent relationship with Yoko Ono. However, the pair's innocent love story, followed by their complicated lives together, is quite gripping.

Cynthia Lennon, nee Cynthia Powell, was born on September 10, 1939, in Blackpool. Her mother, Lillian, lived in Hoylake on the Wirral peninsula and was evacuated to Blackpool, where she welcomed her daughter.