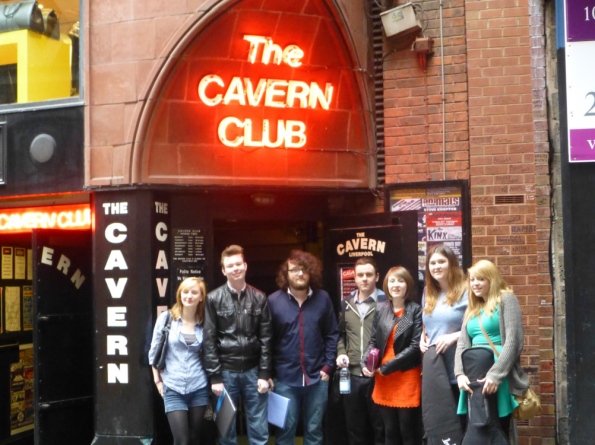 MUSIC students from South Tyneside College have followed The Beatles with their own tour of the famous Cavern Club in Liverpool.

They gigged at the venue made legendary by the Fab Four and from where Beatlemania was first sparked in the early 1960s. To mark the special occasion, they performed Helter Skelter, a track from the band’s 1968 White Album. The show was one of four played during a week-long mini-tour as a requirement of their two-year foundation music degree.

In all, 18 students in four groups also wowed crowds at Liverpool’s historic Adelphi Hotel as well as music pub The Brierfield, in Bolton, before rounding the tour off with a performance at the Customs House, South Shields.

Music lecturer Brian Morton said: “The Cavern is a fantastic venue to play, and is something they will always remember.