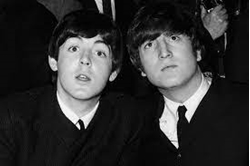 Paul McCartney and John Lennon grew up in Liverpool but had different upbringings. McCartney came from a large family, while Lennon came from a small, broken home. The two became fast friends despite their differences and later formed The Beatles. McCartney said his friendship with Lennon taught him an important lesson about one’s upbringing.

McCartney grew up in a large, working-class family in Liverpool, England. He was raised by a family of 5 but had many aunts, uncles, and cousins, who were pivotal parts of his childhood. In an interview on the Smartless podcast, McCartney shared the fond memories he has of his family and said they are a crucial aspect of who he is now.

“I was very lucky with my family,” McCartney explained. “Uncles and aunties, cousins, and all of that. There were like millions of them. My dad had seven in his family. My mom had two brothers. The minute they all start reproducing and produced a big, big family. It was great. They were so wonderful and wise and funny and optimistic. I really don’t remember anything bad about it.”