Mick Jagger on Why the John Lennon-Paul McCartney Partnership Ended 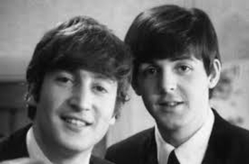 There was hardly anyone who didn’t have an opinion about the Beatles’ breakup. Many felt it happened because John Lennon and Paul McCartney simply couldn’t get along, despite being such a famous songwriting duo. Mick Jagger, who is a famous member of a songwriting duo with Keith Richards, had his own opinions on the subject.Jann S. Wenner interviewed Jagger for Rolling Stone in 1995 and asked Jagger about his musical partnership with Richards. Jagger said having a partner was “essential” even though it sometimes hindered him. He also said one of the benefits of musical partnerships is the way fans seem to be entertained by them. Wenner noted how Jagger and Richard’s partnership lasted while John and Paul’s did not. Wenner then asked Jagger why he felt John and Paul’s partnership failed.