Nashville Sees Familiar Inspiration In The Beatles' 'Get Back' 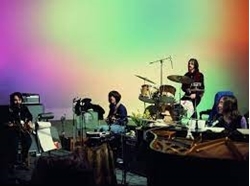 Record producer George Martin says this to The Beatles almost two thirds of the way through Get Back, the eight-hour Peter Jackson documentary that arrived around Thanksgiving like a gigantic gift for the holiday down time. Martin, the man they called “the fifth Beatle,” brings a pleading uncertainty to his rhetorical question. He’s hoping in his soul, just as we viewers are by that point, that the Beatles are cohering, that tensions and slackening and that magic’s being made at last.