Never released John Lennon recording to be auctioned in Copenhagen 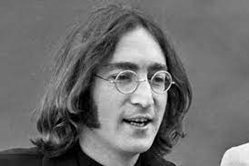 A cassette tape recording of an interview with John Lennon and Yoko Ono, including a never released song, made while they visited Denmark in 1970 will be auctioned in Copenhagen on Tuesday.

The tape, featuring the song “Radio Peace”, was recorded on Jan. 5, 1970 by four Danish boys who had succeeded in getting an interview with the couple for a local school magazine.

The tape, which the four are selling along with photographs from the meeting, will go on sale with an estimated price of between $31,500 and $47,000, auction house Bruun Rasmussen said.

During the 33-minute recording, Lennon speaks about the couple’s peace campaign, his frustration with the Beatles image, and the length of his hair.