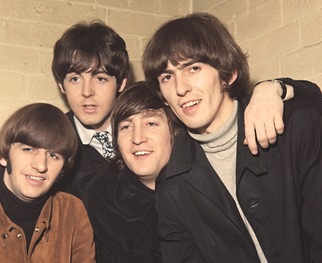 Before the Beatles took America by storm, Paul, John, Ringo and George were featured on BBC radio programs 53 times. Those Beatles performances, recorded between 1962 and 1965, have now been released. Jeffrey Brown talks to Kevin Howlett of BBC about his laborious search for many of these live, early, pre-Beatlemania recordings.

Between 1962 and 1965, the Beatles performed 88 songs on the BBC, many of them multiple times in hundreds of radio broadcasts. In the worldwide Beatlemania that followed, those radio performances were largely forgotten in Britain and mostly unheard of in the U.S., until 1994, when the first collection of BBC recordings was released. Now a new album is out, this one capturing some 40 songs from those early radio broadcasts, including several never before available on record or disk. Many are by now long familiar Beatles standards delivered with the energy and verve of the live performances the young band was famous for. Others are covers of then lesser known American titles, R&B songs, country music, and early soul music. It's a playlist that illustrates the strong eclectic influences that helped shape what became known as the Beatles sound. Kevin Howlett, a BBC Radio producer, is co-producer of the new album and author of the companion book "The Beatles: The BBC Archives."