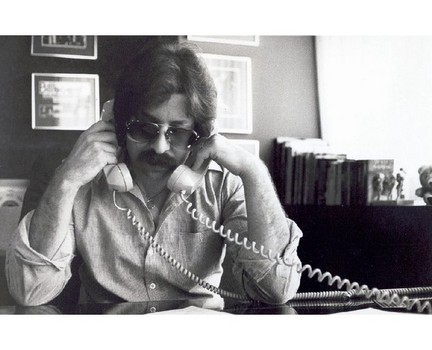 Steve Meyer, now publisher of the newsletter DISC & DigitalAudioTechnology (Music & Digital Audio/Video News), worked at Capitol Records from 1969 to 1983.
When he left the company, he was National Promotion Director. He had a platinum award for John Lennon's “Imagine” album and gold records for “Love Songs” and “Reel Music” on his office wall.
“I worked at Capitol Records for 14 years in National Promotion and was a member of our in-house 'Beatles Committee' that oversaw all new releases and repackages,” he said.
During that time, he met all of the Beatles except Ringo Starr. His encounters with George Harrison and Paul McCartney were brief, he admits.
details
Ringo Starr turns 72 in Nashville with peace, love - Tuesday, July 10, 2012

The 1960s mop top is gone, but Ringo Starr is still flashing a peace sign.
The former Beatle marked his 72nd birthday in Nashville Saturday by holding a "peace and love" moment at noon. He asked people worldwide to do the same at 12 o'clock in their time zones.
The idea came to him in 2008 when an interviewer asked him what he wanted for his birthday. Since then, he has held events each year in cities such as New York, Chicago and Hamburg, Germany.
"It's sort of catching on more and more, the more we do," Starr said before the festivities. "We got lots of blogs from Japan and China and all over the world saying, 'We did peace and love.' So it's working."
details
Paul McCartney Is Writing Music With Bungie - Tuesday, July 10, 2012

Paul McCartney, whose credits include The Beatles, posted the above image along with a quote about working with Bungie on his Facebook page.
The quote from Sir Paul McCartney says, “I’m really excited to be working on writing music with Bungie, the studio that made Halo.” The man on the left in the image above is Martin O'Donnell, the man behind Halo's unforgettable score.
It's a surprising partnership, but McCartney is not a complete stranger to the world of video games. He was invovled in the production of The Beatles: Rock Band, but I imagine that whatever Bungie is currently working on, it's probably much different than a rhythm game honoring the legacy of The Beatles. As a huge Beatles fan, and huge Bungie fan, I cannot wait to find out more about... whatever this is.
details
Happy Birthday, Ringo Starr! Here Are 12 Reasons To Show Ringo Respect - Tuesday, July 10, 2012 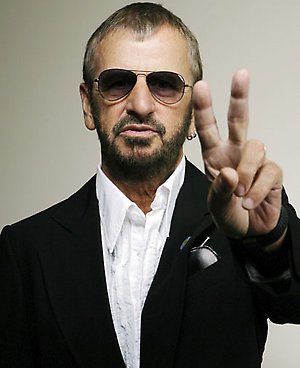 There's been a lot of ink about Ringo Starr in the last week or so, spurred on by yet another return engagement of Mr. Starkey's All Starr Band. The opinions shared in these digital pages have been split. My colleague Rich Abdill recently gave the ex-Beatle some love relative to his role in A Hard Day's Night, but lamenting the fact that Ringo seemed all but overshadowed by his All Starrs in concert.
But as Rich so rightly pointed out, Ringo's always been diminished in every historical perspective. That's not so much through his own doing, mind you -- he was, in retrospect, a damn decent drummer -- but because anyone would naturally pale in comparison to the combined genius of Lennon, McCartney and Harrison. He himself noted this sarcastically the other night following a run through of "Don't Pass Me By," the first song he ever wrote: "Lennon and McCartney, here I come!"
details
Why Ringo Starr isn't marking 50-year Beatles milestone - Tuesday, July 10, 2012 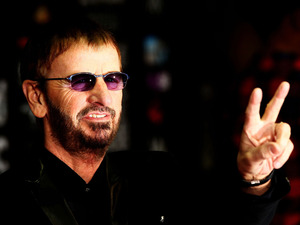 Ringo Starr turns 72 on Saturday. But another mile marker - 50 years since he became a Beatle - is also being celebrated this year - just not necessarily by Starr. He told CBS News he hasn't thought about the milestone at all. 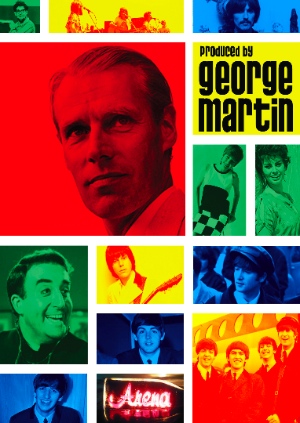 In 2011, Sir George Martin, who signed the Beatles to his Parlophone label and produced all but one of their albums, was the subject of a BBC documentary, ‘Produced by George Martin.’ The film will be released on DVD, Blu-ray and digital formats on Sept. 11, 2012.
In the 90-minute film, Martin, whose influence on the group makes him one of the few people who could genuinely lay claim to the title of the ‘Fifth Beatle,’ tells his own story. ‘Produced by George Martin’ uses rarely-seen archival footage as well as new interviews from, among others, Paul McCartney, Ringo Starr, Monty Python’s Michael Palin and Jeff Beck.
Martin signed the Beatles in 1962 and became their guiding hand in the studio. His skill as an arranger and willingness to experiment contributed heavily to songs like ‘Eleanor Rigby,&rsqu details
Imagine buying Beatle's island idyll for €300,000 - Monday, July 09, 2012 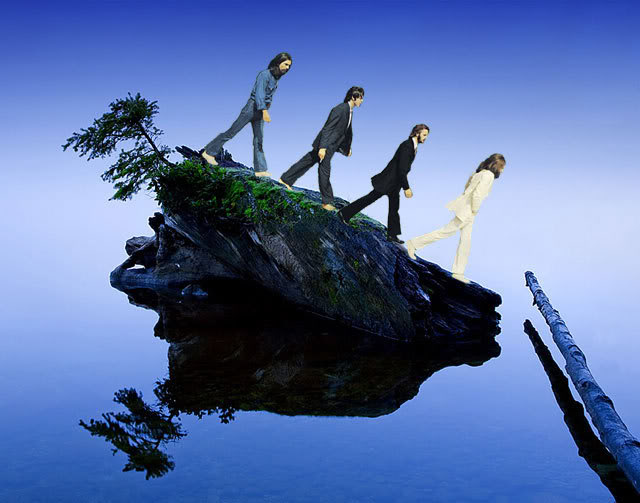 It might have been where John Lennon and Yoko Ono lived out their retirement.
Asked shortly before he was gunned down in 1980 what the couple would be doing when they were 64, Lennon said: "I hope we're a nice old couple living off the coast of Ireland, looking at our scrapbook of madness."
It was not to be, but the isolated island with which John Lennon once fell in love could now be yours as Dorinish Island has been put up for sale.
One of the most westerly of Clew Bay's reputed 365 islands, Dorinish is made up of two small island details
Beatles star Sir Paul McCartney will end the Olympics opening ceremony with Hey Jude and he'll ask the stadium's 60,000 spectators to join him for a sing-along. - Tuesday, July 03, 2012

Beatles legend Sir Paul McCartney will close out the Olympics Games opening ceremony with a performance of Hey Jude - and he'll ask the stadium's 60,000 spectators to sing along with him.

One billion people are expected to tune in to watch the spectacular three-hour show, which is being directed by Oscar winner Danny Boyle and is costing £27 million to produce.

The largest harmonically tuned bell in the world will ring to mark the start of the ceremony at 9pm on July 27 - and the pop legend will bring it to a rousing finale at midnight.

Everybody loves beating on Ringo Starr -- he's got a weird face, they say, and isn't he the one who wrote that song about the submarine? Don't forget too that apocryphal tale of someone asking John Lennon if Ringo was the best drummer in the world, to which he allegedly replied, "He isn't even the best drummer in the Beatles." There's also the very real quote from longtime  details

Sir Paul McCartney believes in the "healing power" of music.
The Beatles legend insists song has a "powerful" effect and even claims to have cured a headache by listening to one of his favourite records.
Speaking on 'The Ronnie Wood Show', he said: "All it is, its little vibrations reaching your heart. Music, you know, it's only little vibrations, little words and little things, but it has this powerful effect.
"And the healing power of music is serious. I remember I had a mate called Ian James, just my little teenage mate, school mate, and we used to go down the fairs together and things.
"I remember one day I went back to his house and I had a headache, steaming headache, and I thought 'Oh God', but we put on 'All Shook Up' by Elvis. By the time that record details
Beatles Radio Listener Poll
What Beatles Era do you like better?
Wait...
Listener Links
Popular tags