Paul McCartney 'Couldn't Believe' the Changes Made to The Beatles' 'The Long and ... 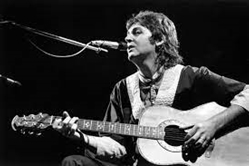 “He had a little spurt just before we split. I think the shock of Yoko [Ono] and what was happening gave him a creative spurt including ‘Let It Be‘ and ‘Long and Winding Road,’ ’cause that was the last gasp from him.” On the other hand, Paul felt the song did not reflect his ideas.According to the book Paul McCartney: Many Years From Now, Paul discussed the album during a 1970 interview with the Evening Standard. “The album was finished a year ago, but a few months ago, American record producer Phil Spector was called in by John Lennon to tidy up some of the tracks.”