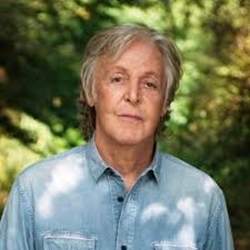 Paul McCartney is finally ready to write his memoirs, and will use music — and a Pulitzer Prize-winning poet — to help guide him.

“The Lyrics: 1956 to the Present” will be released Nov. 2, according to a joint announcement Wednesday from the British publisher Allen Lane and from Liveright in the United States.

McCartney, 78, will trace his life through 154 songs, from his teens and early partnership with fellow Beatle John Lennon to his solo work over the past half century. Irish poet Paul Muldoon is editing and will contribute an introduction.

“More often than I can count, I’ve been asked if I would write an autobiography, but the time has never been right,” McCartney said in a statement.

“The one thing I’ve always managed to do, whether at home or on the road, is to write new songs. I know that some people, when they get to a certain age, like to go to a diary to recall day-to-day events from the past, but I have no such notebooks. What I do have are my songs, hundreds of them, which I’ve learned serve much the same purpose. And these songs span my entire life.”