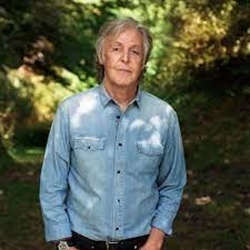 Sir Paul McCartney will join other figures from the world of music in a radio special to pay tribute to Liverpool-born presenter Janice Long.

The BBC has announced plans to celebrate Long with a tribute programme hosted by Zoe Ball and featuring a number of artists, including the former Beatle.

Long, who was born in Liverpool in 1955, became the first woman to have her own daily show on Radio 1 and the first regular female presenter on Top Of The Pops.

She died at home on Christmas Day at the age of 66, following a short illness.

'A Life In Music' will broadcast on Radio 2 on January 23 and feature family, friends and the musicians she helped during her 40-year career in broadcasting.

Sir Paul will discuss his “old Liverpool mate” who was always “a pleasure to meet” and voice his sadness “at the loss of a great Scouse girl”.