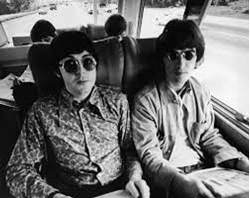 George Harrison and Paul McCartney met in 1957 after they realized that they went to the same school. They became friends, and George was like Paul’s little brother. A year later, Paul asked George to join his and John Lennon’s band, The Quarrymen. George was only 15, yet he impressed everyone with his guitar-playing skills. Reflecting on his time in The Beatles, Paul knows that he definitely underestimated George. He was a late bloomer, but George wrote some of The Beatles’ biggest hits.

George and Paul might have fought sometimes, but they were family. As George was dying, Paul sat at his bedside and held his hand for hours. After George’s death, only one thing helped Paul grieve his best friend.