Paul McCartney says he will continue to tour 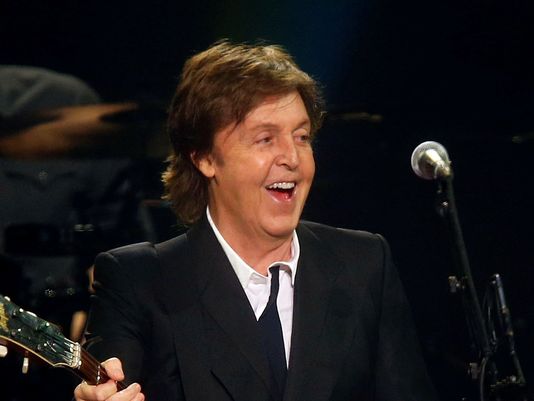 NEW YORK (AP) — Paul McCartney says as long as he can walk and get about, he plans to keep performing. He tells Rolling Stone magazine he "can't imagine ever not" performing and touring. He says it's: "what I do, and it's what I've always done, and I love it so much." He says now that he's in his 70s, he realizes he doesn't have the energy he did 50 years ago. He says sometimes after a long performance, he tells himself: "You know, you're not 25." He says so far he hasn't found "some kind of physical limitation" that keeps him from performing. If and when he does, McCartney says he'll deal with the idea of doing something about it.