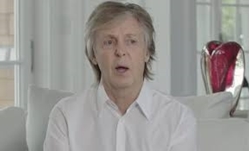 Recording was extended, and by the fourth or fifth day, Emerick said John “went ballistic” and walked out of the studio “ranting and raving.” When he returned visibly high, things got even worse.

Emerick said when Lennon returned to the studio, he made the grand proclamation that he was on drugs, and feeling very high. “I am fucking stoned!” he yelled walking in the door, to the shock of everyone present.