Peter Jackson takes us inside the process of making 'The Beatles: Get Back' Los Angeles Times 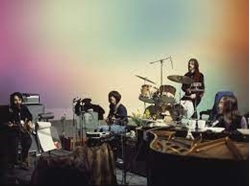 Peter Jackson is quick to tell you he doesn’t have a favorite Beatle. Though he’s the soul of chatty cordiality in a call from his New Zealand headquarters, one senses that he finds the teen-magazine question has a whiff of impropriety to it: “I’ve always loved the Beatles as a group. You take any one member away and it’s not the Beatles anymore. I have to say, I love the Beatles because I love the music; I love the songs.”

There can be no doubt that Jackson, after his intensive review of 130 hours of audio and 57 hours of long-hidden video of the band at their career hinge point of January 1969, has no non-Beatle equal in knowledge of the group. If he has a humble brag it’s his, “I have no criticizing of the Beatles in my DNA,” but he’s no mere fan boy. His three-part, six-plus-hours “The Beatles: Get Back” documentary series on Disney+ is as unvarnished and all-inclusive as he could make it.